What Will the US-China Trade War Mean for Africa?

From my standpoint, the trade war between China and the United States is holding multilateralism in contempt, disrupting free trade and making small and medium-sized enterprises (SMEs) vulnerable, with adverse implications for Africa’s growth and development.

Trade wars undermine the rule-based institution created to resolve dispute between complainants and respondents. China and the United States are members of the World Trade Organization (WTO), and by their membership are required to solve trade differences through rule-based channels.

America drew first blood by threatening to impose heavy tariffs on aluminum and steel from China. In a retaliatory response, China also threatened to impose tariffs on American products and agricultural exports to China and further imposed heavy tariffs on refined aluminum and pork from America. When these two economic powerhouses engage in such a spat, it undermines the usefulness of WTO in settling trade disputes among member States.

In the 2019 November-December edition of The Economist, it is elaborated that the appellate body of the WTO has been able to prevent “some of the nastiest rows from spiraling into outright tariff wars”, particularly between America and the European Union with regards to subsidies for aircraft giants, Boeing and Airbus.

Furthermore, the Economist observes that WTO “has been the enforcer-of-last resort for over 500 cases”. World Bank data also shows that trade grew from 41% in 1994 (a year before the creation of WTO) to 58% in 2017. Thus despite reservations that member States may have about the institution, the WTO has been a useful referee that arbitrates trade through dispute settlement. Therefore, its power cannot be allowed to be usurped by two countries, despite their huge market sizes.

Drawing again from WTO data, the current trade tension is already affecting world merchandise trade, which is expected to rise by only 1.2% in 2019, much slower than an initial forecast of 2.6% in April. Economists project an increase for 2020 at 2.7%, but this is also lower than a previous projection pegged at 3%. In response, the WTO Director General Roberto Azevedo cautions that the trade war could be severe and catastrophic.

It is allegorically said that when two elephants fight, the ground on which they fight also suffers. To wit, trade wars between two economic giants also affects third-party partners. According to the Financial Times, some German carmakers, which manufacture in China and export to the United States, are worried about being hit by the tariff impasse. Chrystia Freeland, Canada’s current Deputy Prime Minister, also bemoans the repercussions of the trade war for Canada, as steel and aluminum industry are highly integrated and supports critical North American manufacturing supply chains (captured by Al Jazeera).

Trade war disrupts global supply chains made possible by free trade. Global supply chains are geographically dispersed across many countries under the control of powerful producers and buyers. For instance, the making of the Boeing aircraft is embedded in a multi-billion dollar industry scattered across the globe. However, trade allows the final assembly of the aircraft through supply acquisition. In many instances, suppliers are SMEs. So when China threatens to impose tariffs on US imports including Boeing aircraft, as was the case in April 2018, it is indirectly fighting free trade and creating an undesirable domino effect. That is to say, Boeing may reduce the prices paid to suppliers due to the tariff on the final product. In turn, SMEs may lay off employees in order to meet production costs. Unemployment may increase and contribute to unrest in local economies. The same is true when the United States imposes tariffs on aluminium and steel from China.

Borrowing Mr. Donald Trump’s quote but also used as a book title by Michael Wolff, “fire and fury” in the context of trade war leave undesired consequences. It breeds protectionism even among matured industries and ultimately makes free trade a mirage. 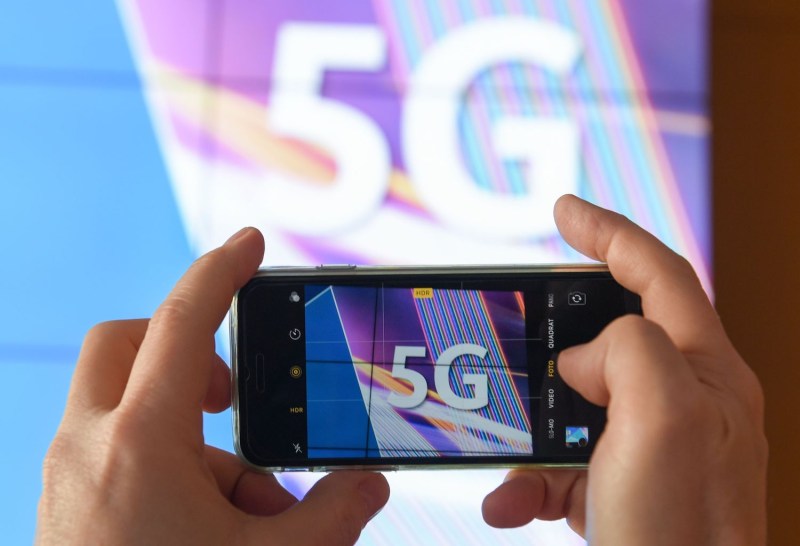 Huawei is paradigmatic of the challenge China poses the United States. Huawei’s leadership in 5G could give China an edge in developing entire new industries.

It is contended by many that the trade war between China and the United States has the potential to cause collateral damages for Africa. According to the International Monetary Fund, China and United States trade levels with Africa were almost at par in 2010 at over US$ 70 billion. China increased its trade with the continent to about US$ 150 billion by 2017, but the figure for the United States dropped to about US$ 50 billion over the same period.

Trade war has the potential to reduce investment drive on both sides with ripple effects in terms of less job creation and greater poverty. Trade wars should forewarn Africa to invest and increase intra-African trade. According to the African Development Bank, intra-African trade was 10% in 2000 but current estimates peg trade at 17%. While this increase is a positive gain for the continent, data from the United Nations Conference on Trade and Development shows that Africa’s share of intra-regional trade is far low in comparison to intra-regional trade in Asia (49%), Europe (69%) and North America (51%).

The current trade spat presents Africa with the opportunity to swiftly operationalize the Africa Continental Free Trade Area (AfCFTA) to increase intra-African trade. The AfCFTA is designed to make Africa one single market. When tariffs are removed, the United Nations Economic Commission for Africa estimates that intra-regional trade could increase to 50 percent by 2040. Thus, the AfCFTA has the potential to stimulate the creation of regional and/or continental supply chains and to boost the production and consumption of goods and services on the continent. This should also contribute to the economic and political stability of the continent. Conversely, trade wars have the tendency to breed economic and political instability.

Richard Adu-Gyamfi currently works as a consultant at the International Trade Centre, Geneva, Switzerland. He holds a BA in Publishing Studies from the Kwame Nkrumah University of Science and Technology, Kumasi, Ghana. He also holds an MBA and PhD in Small and Medium-sized enterprise Development from the Leipzig University, Leipzig, Germany.

South Africa: Throwing forward to the Budget and possible tax hikes How fame abroad changes African footballers' way of life back home
back to top

Total lockdown in Moscow over Coronaviru…

People’s Bank of China injects $7b to re…

Zimbabwe customs officials walk out over…

Nigerians spent N2.64tn of their income …

Coronavirus weekly: as the virus spreads…